He was Chief Executive of the National Roads Authority from 2005 to 2015. Prior to that he worked internationally with the Jacobs Engineering Group, where his management roles included Group Managing Director for the UK and Ireland.

A graduate of UCD Engineering, he is a Chartered Engineer, a Fellow of Engineers Ireland and of the Irish Academy of Engineering. He also graduated from the King’s Inns as a Barrister-at-Law, with additional qualifications in Arbitration Law and Procedure (UCD), and Management (Trinity).

Mr Cole CBE is an architect by profession and currently acts as an independent Strategic Client Adviser. He was previously an Under-Secretary at the DHSSPS(NI) and Chief Estates Officer for the Health Estates Investment Group (HEIG), in which roles he was responsible for the procurement and implementation of many major health facilities in Northern Ireland. He is a former chairman of the European Health Property Network.

John previously held the presidency of the Royal Society of Ulster Architects and is currently a Council member of the Royal Institute of British Architects (RIBA). In 2014, he was appointed as an Honorary Professor to the School of Planning, Architecture and Civil Engineering at the Queen’s University of Belfast. He has chaired a number of public inquiries and is the author of several recent major reports on the state of the Construction Industry. In 2018, he was appointed as an adviser to the Scottish Government on a review of the effectiveness of Building Regulations in Scotland. 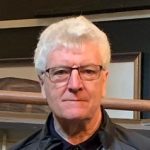 Mr McGowan is a Chartered Engineer, and a former President of Engineers Ireland, and of the Irish Academy of Engineers.  Originally working with Jacobs International, his last role was project director on the EPCM of Intel’s Fab10. He subsequently moved to Intel Ireland, spending four years as the Facility Manager on the Leixlip campus, before being appointed General Manager of Intel Ireland. After three years, he was transferred to co-leading Intel’s global Corporate Services group, based in Phoenix AZ, responsible for the ongoing delivery of new wafer fabs etc across the globe, with a typical annual spend of .5b.  He spent three years as Managing Director of McNamara construction, before establishing his own consultancy service, working as a non-executive director for a series of engineering  companies, including DPS Engineering Ltd.

Mr Kent is a Registered Architect and Fellow of the Royal Institute of the Architects of Ireland (FRIAI). He is a consultant architect-planner with Doyle Kent Planning Partnership Ltd since early 2012, following completion at the end of December 2011 of two terms of office as a Member and deputy Chairperson at An Bord Pleanála. Mr Kent was a Member of the Strategic Infrastructure Division of An Bord Pleanála from its establishment in January 2007 until his retirement from the Board. 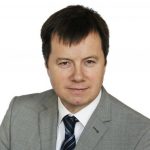 A native of Dublin, Mr Woods is a UCD graduate and a qualified Chartered Accountant.  Prior to joining the health services, he worked in the private sector in an accounting and consultancy organisation.  He joined the health services in 1999 as Financial Director of the Eastern Regional Health Authority, serving in this post until the ERHA became part of the Health Service Executive in January 2005. Liam has been the Director of Finance of the HSE for an eight-year period, Director of Health Business Services for a year and appointed as Interim Director of Acute Services in January 2015. 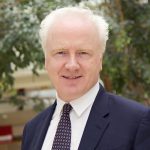 Mr Birthistle is Chief Executive of St. James’s Hospital, Ireland’s largest acute teaching hospital. Lorcan was previously Chief Executive of Our Lady’s Children’s Hospital Crumlin and St. Luke’s Hospital in Rathgar. He is a graduate of the National College of Industrial Relations and Trinity College Dublin. Lorcan is presently Vice President of the Health Management Institute of Ireland and is a member of the Scientific Committee of the European Association of Hospital Managers.  He is also a member of the governing Boards of the Trinity Translational Medicine Institute and the Wellcome Trust / Health Research Board Clinical Research Facility at St. James’s Hospital. 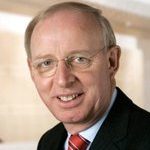 Mr Shelly is a Chartered Engineer and Chartered Director with 45 years’ experience in the construction Industry in Ireland and internationally. He is currently the Chairman of Tobin Consulting Engineers and also works as a consultant in project management.  He spent most of his career with PM Group; the Irish based international engineering and project management consultants. He has worked as a project manager and project director on the delivery of major capital projects across many sectors and geographies. He played a key role in the international development of PM Group, at one stage heading up PM Group Operations in Central and Eastern Europe, the Middle East and Asia. Michael was an Executive Director of PM Group for 18 years.

Michael qualified as an engineer from NUIG and then completed a M.Sc. in Engineering Structures in Trinity College. He has also qualified as a Chartered Director with The Institute of Directors.

Mr. Bouchier-Hayes is the Vice Chair of the National Paediatric Hospital Development Board, he is a solicitor and former partner in McCann Fitzgerald Solicitors and headed the firm’s Construction Law Group for 15 years. Currently, he is a consultant and holds a number of company director positions.  Director of the Land Development Agency.   From 2012 to 2018 he was Ireland’s member of the International Court of Arbitration International Chamber of Commerce, Paris.  He is currently a member of the Engineers Ireland Adjudication, Mediation and Conciliation Panels and a member of the Adjudication Panel appointed pursuant to the provisions of the Construction Contracts Act.

Ms Butler is a Chartered Engineer and a former President of the Institution of Engineers of Ireland. A founding Director of the Environmental Protection Agency (EPA), she was on its board for ten years. After ten years with the EPA, Ms Butler established an environmental consultancy/advisory service where she specialises in environmental and regulatory matters, as well as strategy development and implementation. Ms Butler is on the Board of the ESB and on the Governing Body of the Dublin Institute of Technology.