A key milestone of the service integration programme was the enactment of the Children’s Health Act 2018 (No 27 of 2018) in November 2018 and part-commencement providing for the establishment of Children’s Health Ireland on 4th December 2018, headed by a 12-member Board appointed by the Minister for Health, to take over responsibility for services currently provided by Dublin’s three children’s hospitals and run the new children’s hospital in due course.

The first Board meeting of Children’s Health Ireland was held on 14th December 2018 and the three Dublin paediatric hospitals transferred into this single public body on 1st January 2019.

Our Lady’s Children’s Hospital, Crumlin is an acute paediatric teaching hospital employing approximately 1600 staff. It is Ireland’s largest paediatric hospital and is responsible nationally for the provision of the majority of quarternary, tertiary and secondary healthcare services for children. It is the national centre in Ireland for a range of specialities including children’s childhood cancers and blood disorders, cardiac diseases, major burns, cystic fibrosis, clinical genetics and rheumatology.The services provided are underpinned by a commitment to medical and nurse education and the development of the skills of staff generally. The hospital is built on a site of approximately 5 hectares which was provided by the Archbishop of Dublin. It first opened its doors in 1956 and was specifically designed to care for and treat sick children. Bed accommodation provided in the original design of the hospital was 324 beds and currently 227 beds and cots are in use including 38 day case beds.The hospital is also involved in the teaching of medical personnel. Undergraduate students from University College Dublin, The Royal College of Surgeons in Ireland and Trinity College Dublin receive training in Paediatrics at Our Lady’s Hospital.

Temple Street, founded in 1872 is an acute paediatric hospital serving some of Ireland’s sickest children and providing a referral and care service on a national basis. Seven major specialities at Temple Street today include neonatal and paediatric surgery, neurology, neurosurgery, nephrology, orthopaedics, ENT and plastic surgery.
The Hospital is also the national centre for paediatric ophthalmology, the national craniofacial centre, the national airway management centre, the national meninogococal laboratory, the national centre for inherited metabolic disorders and the national screening centre. Temple Street cares for 145,000 children per year. Over 45,000 of these children attend the Emergency Department every year making it one of the busiest in Europe. A staff of 85 Consultants and over 950 other full time and part time nursing, paramedical and other staff deliver care. 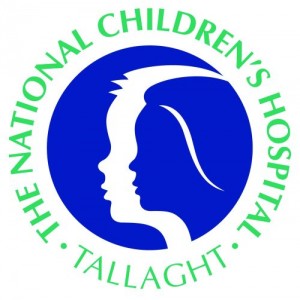