Newly appointed members of the Children’s Hospital Group Board and the National Paediatric Hospital Development Board attended a Joint Induction Day on 1 October at the Royal College of Physicians, Dublin 2. 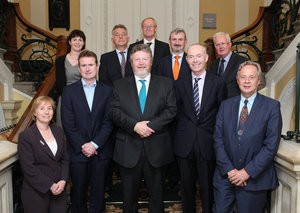 Minister Reilly with members of the National Paediatric Hospital Development Board

During this information sharing event, board members were briefed on the background, progress to date and ongoing activity for this strategic initiative. The members also discussed the next steps, as both boards work in tandem to deliver Ireland’s new children’s hospital, co-located with St James’s Hospital, in Dublin 8.

At the event, Minister Reilly spoke of the huge importance that he, and the Government, place on the work that will be done by the two Boards, reiterating that the building of the new children’s hospital is an absolute priority for Government. 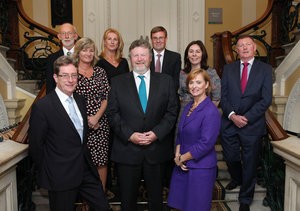